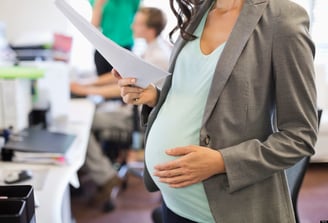 A Marketing Director who was dismissed whilst on maternity leave, when she refused to take a lesser role with a pay cut after a restructure where colleagues received no such pay cut, was successfully found to have been discriminated against.

Ms Shipp was a senior executive Marketing Director with City Sprint UK Ltd Group, having been appointed to the Group Executive Board role before becoming pregnant.

After announcing her pregnancy, Ms Shipp alleged that fellow executives had made comments including:

Shipp did not make formal complaints at the time as she was concerned as to her long-term career prospects given the nature of some of the comments but did raise concerns with the Head of HR. She also informed the Executives who had made these comments that she felt they had been inappropriate.

Shipp worked for the Company from September 2010 until she was made redundant in September 2020. During her period of maternity leave, which started in June 2019, the Company underwent a significant restructure which effectively left Shipp as the sole Group Executive Board member remaining – albeit she was absent and on maternity leave.

During the Employment Tribunal Hearing, Mr West, who was appointed as interim Group CEO, accepted that, from the outset, he had failed to involve Shipp in the restructure plans and the Employment Tribunal saw evidence in emails effectively showing that West preferred Shipp’s maternity cover to continue in the new senior position.

During the consultation period, starting in September 2019, there were significant issues with the information the Company put forward to Shipp which included:

Shipp raised a formal grievance in December 2019, citing complaints regarding the comments made during her pregnancy and the treatment of her during the redundancy process – stating she considered she had been discriminated against.

The Employment Tribunal, unsurprisingly in our opinion, found in favour of the Claimant that:

The Claimant was awarded compensation in total of £35,715 which was, in the majority, comprised of £25,000 award for injury to feelings as Shipp was found to have “mitigated” her actual financial losses of salary after she set up her own consultancy business.

What employers can learn

This case sets out an almost textbook series of errors that employers can frequently make during pregnancy and maternity leave.

Ensure your employees are properly trained

It is a timely reminder of the requirements on employers to ensure employees, at all levels, receive good quality equality and diversity training, particularly those who are chairing grievance and disciplinary procedures where a complaint of this nature is made.

Ensuring this training is rolled out properly could also give the Company grounds to make a statutory defence to any such discrimination claims – i.e., that they had done all they reasonably could as an employer to prevent discrimination in the workplace by training employees. However, do not forget the recent case ruling where the equality and diversity training was found to be too “dry” and so could not be used as a statutory defence – a tribunal will always look at what training has been delivered.

It is also important to note that, whilst a single one-off comment may not stand out, a number of these comments is likely to create a humiliating and degrading atmosphere.

Keep in contact with employees on maternity and other family leave

Whilst this case is limited to maternity discrimination, it is worth noting that these types of issues could occur over any type of family friendly leave rights such as adoption leave or shared parental leave.

Ensure you have robust policies and procedures in place and that staff/managers are trained with regards to what is best practice and are aware of the legal requirements on organisations to keep in touch with those on maternity or other types of family leave.

It is best practice to agree methods of contact in advance for anything from team newsletters, vacancy information or, as was needed in this case, for needing to discuss significant changes to role, departments, or the Company.

In this case in particular, Shipp was perceived in a negative light by the then interim Group CEO of the Company and in very general terms because she was on maternity leave and, as she had not contacted Mr West, she effectively was not “engaged.” Mr West’s approach completely overlooked the reasonable expectations upon him, as Shipp’s line manager, to contact her and build the relationship required.

Whether someone is on maternity leave or long-term sick leave, ensuring you inform these employees of any changes as soon as possible and agreeing how best to communicate with them is essential to reduce the likelihood and risk of any claims.

This final note from the Employment Tribunal Judgement sums up why these types of cases can attract such a high award for injury to feelings. 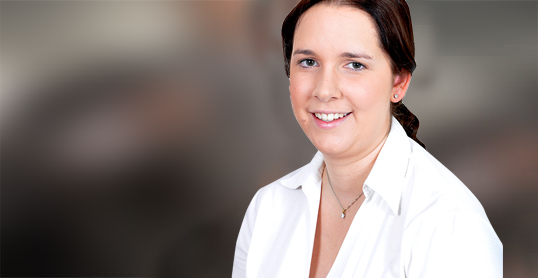