14 Jan Employee misuse of social media: how employers get it wrong and how you can get it right! 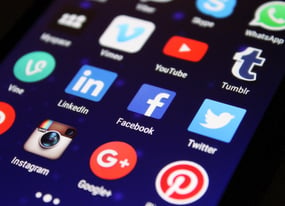 Can employees be disciplined or even fired for their on-line comments and behaviour?

Yes, indeed they can, but employers must be aware that they need to take appropriate disciplinary steps with online behaviour too.

Common examples of online misbehaviour include derogatory comments about the employer or its customers; discriminatory comments or breaches of confidentiality.

We set out, at the end of this update, the key steps to take but first we discuss several cases below and pick out both what helps you as employers take action to protect your business and also what hinders you in doing so!

The case revolved around derogatory comments which the employee had made on Facebook. The Claimant was a long-serving employee with an otherwise clean disciplinary record. Following an announcement about her employer’s potential move of premises, she had posted ‘PMSL [pissing myself laughing] bloody place I need to hurry up and sue them PMSL.’

Here are the key points that assisted the employer taking action: -

After a disciplinary hearing, the employer dismissed this employee as a result of the above comments.

The Tribunal ruled that the dismissal was “harsh but fair” and her claim failed – remember that employers need to show that their decision was within the band of reasonable responses of a reasonable employer. Whilst this isa lower evidential burden, the evidence relied on, the procedure followed and the policies in place still need to be clear and both carefully set out and followed.

What helped the employer win the case?

Linking derogatory comments with the business name is crucial. In this case, the comment related to the business and the employee’s account was linked with it. Equally as important, in place in this case too, is having a clear social media policy that clearly sets out examples of unacceptable behaviour, reminding employees that comments on social media sites are not ‘private’ and stating that breaches could lead to disciplinary action, including dismissal.

In the case of Crisp v Apple Retail (UK) Ltd:

Apple, as will not surprise anyone, had a strict social media policy, which it used to discipline Mr Crisp. He attempted to raise human rights arguments in response – namely his right to privacy.

The Tribunal upheld the eventual dismissal in this matter. Another “harsh but fair” decision – within the band of reasonable responses.

What helped the employer win the case?

As before, Company policy and clear training on the matter made the difference.

The employee’s human rights argument, however, failed partly due to the employee’s own actions producing screenshots of other employees’ social media pages, which simply helped to show that content posted online is publicly available – thus, undermining his privacy arguments.

Here, we see a case where the comments themselves were, in fact, from some three years previous to the disciplinary action.

Mr Creighton had made derogatory comments about colleagues and his employer on Twitter.

The comments were derogatory, but not discriminatory.

He was, nevertheless, fired after the employer became aware of them.

(a) that the comments were private;

(b) they were from some time ago; and

(c) he had a long record of good service to balance against them.

Did the employer win in its defence of this case?

Yes, the Tribunal ruled against the employee, finding:

What helped the employer win?

Again, as in all these cases, the comments were publicly posted for all to see and referred to the employer specifically too.

Do you have examples of cases where the employer loses the case for unfair dismissal in these circumstances?

Yes, indeed, not all cases result in a win for the employer. We see thisin Spence v Sainsbury’s Supermarkets Ltd:

What was the issue here?

The employee had posted on Facebook that her boss was a: “young idiot” and suggested that the disciplinary manager was in a relationship with him.

She had an unblemished record and, it was noted, limited experience on social media.

Her explanation was that she believed she was responding to a single person.

No, not in this case. The Tribunal held that the sanction was outside of the band of reasonable responses of a reasonable employer, and indeed held that even a final written warning would have been “manifestly inappropriate” in these circumstances.

Why didn’t the employer win here?

A key difference here was that there was:

What about cases that don’t directly reference your business name?

These cases can indeed be harder to defend as the employer usually needs to link the comments with the business, its rules and policies and/or the employee’s suitability and role requirements.

In some instances, comments on social media can, however, result in disciplinary action even when they are not directly referencing the employer.

An example of this is seen in Henderson v Ashgill Care Home Ltd:

What was the issue here?

Ms Henderson made comments on Facebook to include a statement that there were:

As a result, the employer took action and she was sacked from her role.

Firstly, no, because whilst she won her claim for unfair dismissal based on procedural irregularities of the disciplinary process (i.e. the employer got the procedure wrong resulting in procedural unfairness) thankfully the employer came out on top because her compensation was reduced to zero, on a legal analysis of her behaviour, based upon her:

What helped the employer win?

Obviously, the appalling comments ensured a substantive win but we must stress, again, that the employer had a social media policy in place, which was helpful and key in assisting in reducing compensation to zero, despite their failings in the actual process.

What should employers do?

Some tips, taken from key factors in successful cases, are as follows:-

These steps are the way to protect your organisation against this sort of issue, and to enable you to take swift and robust actions when you need to do so, to protect your business reputation and culture.

It’s important to note that full and fair procedures must also be followed too – and that mitigating factors are important. Employers should not only cover this in inductions but consider updating and refreshing the training of employees on an on-going basis. The better the procedures and the training and the clearer the expectations set, the more likely an employer will be successful in defending such claims.

Employees should always bear in mind that social media is rarely private, and refrain from posting anything which would breach their obligations to their employers.

The higher the privacy settings and the more the employee can show an expectation that the post was intended to be private, the better.

Employees posting publicly should ensure that it is clear that views they are posting are their own, and that they do not breach any social media policy in place at their workplace. 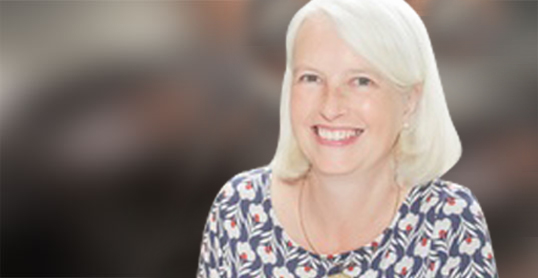 Throughout her career, Emma has advised on a wide range of employment law issues for both Claimants and Respondents, including representing clients in Tribunals. Emma has a wealth of experience in corporate support matter too and has also undertaken work for the Solicitors Disciplinary Tribunal